Nuclear Verdicts and The Rising Costs of Maritime Claims

Many of you are aware of the term Nuclear Verdicts, which refers to cases in which a plaintiff is awarded what is considered an excessive dollar amount. This trend of exceptionally high jury awards has significantly impacted virtually every industry in recent years. Marine is suffering more than most.

The escalation of both the frequency and severity of these claims is amazing over the last 2-3 years and seems to have no signs of abating. 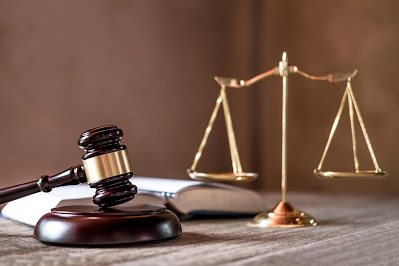 The excess market has suffered more from these losses with the effective erosion of the lower layers and the higher limit claims. It’s difficult to see how the excess market can survive if these trends continue without significant price changes.

Here are a handful of examples of lawsuits that we’ve seen in the last few years in the Marine Industry where jury awards or settlements have been quite significant.

I am sure many of you have other examples.  Please share in the comments or send them to ASK@LIGMarine.com, and we will include them in a future post.

In a Wrongful Death case in August 2021, a Georgia family was awarded $200M after their son was killed in a boating accident.

A young boy died after getting caught in a boat propeller while boating with his family.  It was determined that the boat manufacturers were aware of a potential safety issue but had failed to warn boaters of the danger.  The jury awarded $80 million in compensatory damages and $120 million in punitive damages against the boat company. Read More: How much limit should you buy for a recreational boat builder?

In a Sexual Assault case, a woman who worked as a stewardess on a luxury yacht was awarded more than $70 million.

Left alone on the yacht overnight with only the captain and a deck hand, the woman said she was sexually assaulted and sued the yacht’s owner, her employer, who failed to provide proper security measures for their employees. Read More: Do you have enough limit on your luxury yacht policies?

A Wrongful Death case was settled for $27.9 million after three men died due to inadequate repairs.

In 2014, four men went boating on lake using a vessel that was part of a fractional ownership program.  On their way back to shore, the boat suffered a severe malfunction that caused the boat to sink, leaving the 4 men in the cold waters of Lake Michigan.  Only one man survived.  It was later determined that the cause of the malfunction was a port side gimbal bearing that had not been properly repaired.  Read More: How much limit is enough on your boat yard policies?

A Jones Act lawsuit awards more than $16 million to an oil rig worker who suffered from several illnesses after working in “unsanitary conditions”.

An oil rig worker won a $16.7 million final judgment with $2 million in punitive damages and $162,600 in attorney fees.  George Tillman had worked on an oil rig in the waters off Qatar when he allegedly contracted viral pneumonia, leading to multiple medical conditions, including blood clots and depression.  Read More: Record Admiralty Award?

In a Sexual Assault lawsuit against a cruise line, a woman was awarded $10.2M in July 2022.

A woman claimed she had been sexually assaulted by a crew member while on a cruise in 2018.  In possibly the largest verdict ever for this type of case against a major cruise line, the jury awarded $243,000 to the plaintiff for past and future medical and psychological expenses and $10 million in additional damages for physical and emotional distress.  Read more here...

A native of Puerto Rico was awarded a record $7.5 million settlement in a back and neck injury lawsuit following the explosion of an air tank aboard a marine vessel that was docked for repairs.  Read More: Another Record Jones Act Award?

In a Casualty lawsuit in June 2021, $3.4M was awarded to the daughter of a man who died on a cruise due to medical malpractice.

The daughter of a 70-year-old man who died on a cruise sued Royal Caribbean for medical malpractice and was awarded $3.4 million.  The ship’s doctor diagnosed his heart condition correctly but administered medications that exacerbated the condition, causing the man to suffer a heart attack.

The US Federal Government settled a Jones Act lawsuit for $2 million.

A 58-year-old civilian maritime worker received a Jones Act settlement after being seriously injured while working aboard a United States military ship in the port of Jangu, South Korea.  This verdict is not particularly large, but it shows that not even the federal government is exempt from these escalating claims.  Read More: Federal government Settles Jones Act suit