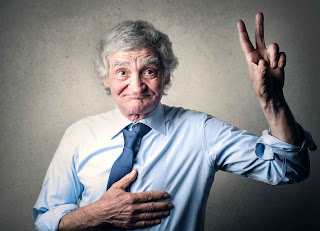 Recently, the US Court of Appeals for the Eighth Circuit reviewed a case on appeals regarding the necessity to act with the utmost good faith, also known as the uberrimae fidei defense.  In the matter of St. Paul Fire & Marine Insurance Co. v. Abhe & Svoboda Inc., the court found the insured withheld relevant information, which called into question the vessels prior claims of being seaworthy and watertight.  After the insured barge sank in Narragansett Bay, an investigation by St Paul Fire & Marine Insurance Company revealed a survey in November 2010 had been done which showed the barge had pinholes in the deck and the barge was not watertight. The submitted application from the insured used a different application dated from May 2010.  St Paul Fire & Marine Insurance Company raised the defense of uberrimae fidei, stating that failure to disclose the survey breached the duty to act in good faith and withholding the relevant information affected the issuance of the marine insurance policy.

Under a defense of uberrimae fidei, both the insured and marine insurer have a duty to act in the utmost good faith when dealing in matters of marine insurance. The court held the insurer must demonstrate reliance the information that was withheld to void a policy.  In this instance, the information withheld from the insurer was vital to the issuance of the marine insurance policy. Failure to disclose a prior survey that showed the vessel might not be as watertight as previously thought breaches that duty to act in good faith, as the policy would not have been issued had the contents of the prior survey been known.

Additionally, the court held that Marine insurance coverage requires that all relevant information to the policy be disclosed at the time the policy is created.  Failure of the client to provide this information is grounds for a denial of claim.  Again, in this instance the insured failed to provide information to the provider of marine insurance, which would have had a direct impact on the insurers knowledge of risk associated with underwriting the vessel.  The burden of the relevance of the information rests in the hands of the insurer, but the information does not need to be requested specifically from the insuring agent or company.  The full and open disclosure by the insured is expected under the uberrimae fidei doctrine, which outlines that that both parties should deal in good faith.  Failure to act in good faith is frowned upon by the courts, as the eighth district demonstrated in the recent ruling.  Again, the court holds the failure to request specific information by the insurer does not relieve insurer of liability, the information must be provided regardless of whether the a specific inquiry was made.

To avoid a denial of claim, all information relevant to the marine liability insurance policy must be provided to the insurer.  The consumer is protected as well, as the insurer has the duty to review the information and make the determination that it was actually material to the issuance of the policy.  Simply ask, would the policy have been issued given the withheld information?  If the answer is yes, the policy would have been issued and should not be found void, and the insurer has not passed their burden as outlined by the eighth district.  Without a reliance that we all deal in good faith uncertainty and costs will increase.  This is a wake up call for both sides of the marine insurance business.  It is important to note that good faith and fair dealings are crucial to a thriving industry.
Posted by Ian Greenway at 1:35 PM